Nik is a member of the  Evolution Team, has worked extensively with adventure training in a schools environment and is an NLP Master Practitioner and certified NLP coach. 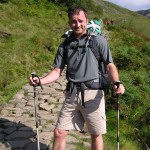 I bought a new pair of running shoes the other day and according to the sales bumpf these should have me running a sub three hour marathon on my first attempt, I’ve  worn them once and they are currently in the box with that strange packet of silica stuff that no one know what it’s for.  However despite the brochure sales patter I’m still running in my old shoes which despite the holes and lack of grip just feel more comfortable.

This brings me onto organisational change which is a favourite topic of mine and as Martin said in a recent article:

The only constant is change

Many of us would like the world to stay as it is today, well as it was about twenty years ago and to not have too many surprises in store for us tomorrow; in other words we filter for sameness.

Unfortunately if your organisation stays doing the same things tomorrow as it is doing today it will lose market share, lose customers and end up going the same way as Blockbusters who didn’t realise that walking to the video shop was not the highlight of anyone’s day.

So we know we need to change, to innovate, to move forwards, to learn, to grow.  But it’s hard, what do we change?, by how much?, how will we know when we’re there?, what if we go too far?

It’s hard and you’re not alone, I’ve seen statistics showing that up to 90% of change programs fail to fully meet their objectives. Most are lucky to reach 50%.

John P Kotter a former professor at the Harvard Business school completed a ten year study of over one hundred companies in 1995 of why change initiatives fail.

He identified eight errors that led to change projects coming to a grinding halt, failing to pass go or unravelled themselves and ended up with the same old patterns of behaviour reoccurring.

The eight errors were:

I find the above list slightly depressing as I’m generally more motivated towards something rather than away so here’s the same list but with a more positive slant.

To lead transformational change you must:

There you go, simple, we can all get on with it now we know what to do.

Do you know how to create a sense of urgency?

Do you have a vision?

Do you know how to create a vision?

Do you know how to communicate it?

If not then please get in touch because we do.

Anyway back to my running shoes, I know the new shoes are better but the old shoes feel more comfortable and if I keep wearing the old ones I’ve a great excuse for not cracking that three hour marathon time. 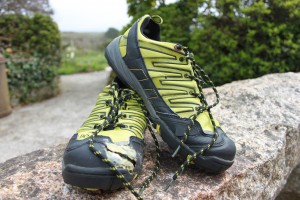