The Milton Model and Advertising

I’ve been working with various people recently helping them to see the direct benefits NLP (Neuro Linguistic Programming) can have for their business and how they can apply the tools, techniques and models to help them improve the performance of their business.

The Milton Model is an NLP model based on the language patterns of Milton Erickson and can be really effective in Marketing, advertising, training and therapy.

Milton Erickson was one of the original people who was modelled by John Grinder and Richard Bandler as they developed NLP.

Erickson was a Hypnotherapist who worked in an unusual way.

Instead of using a traditional approach of Trance induction and hypnotic/post-hypnotic suggestions, he seemed to just have a conversation with his client and yet managed to dramatically help these Therapy clients.

He utilised vague language which was designed to allow listeners (or readers) to interpret the language in whatever way was beneficial for them at that moment.

We tend to listen to, and take words at face value at a conscious level, but form meaning at an unconscious level which will be specific just to us – and may change depending on the context (ask a group of people to picture an elephant and describe their elephant and you find as many different interpretations of the word ‘elephant’ as there are people in the group).

Businesses have been using non-specific language in advertising for a long time.  A fascinating book by Vance Packard “The Hidden Persuaders” charts the rise of advertising in America and illustrates this really well.

The key to the Milton Model – and to NLP generally is to understand what works In terms of communicating with and influencing people, making it conscious and using these effectively to influence people at an unconscious level. 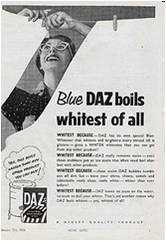 What does Blue DAZ boils whitest of all mean?

Whitest of all what?

How does it Boil?

What does it boil? – and so on 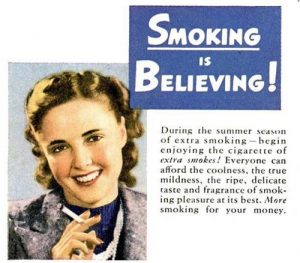 I love this one – in Milton Model terms this is a ‘complex equivalent’  – where two totally unconnected statements become synonymous  – and with no meaning other than the meaning the reader creates in their unconscious.  I also like the ‘embedded command’ of extra smokes and more – using the non-specific language to create a desire In the reader.

It is not just old adverts that use these techniques.  Adverts today tend to have less copy in them than previously, so it is harder to utilise many of the Milton Model patterns in one advert, but it is still used effectively 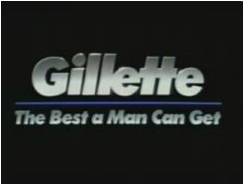 The Best what? Shave? Sex? Life?

Just do what? – whatever works for you

Or my current favourite 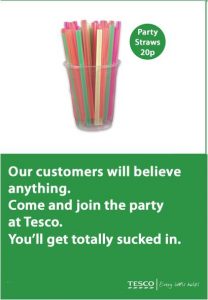 It’s not just retailers who use specifically vague language though. 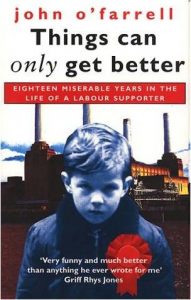 “Things Can Only Get Better” became synonymous with the Labour Party’s election campaign in 1997 and D-Ream played the track at the victory party after the election.

I can still remember seeing John Prescott dancing to the music (and if anyone can help me get rid of that image from my memory I’d be grateful).

“Only” is it possible that they can get worse?

“Get” how specifically are they going to get better?  Just by voting Labour?

So this is a very effective use of non-specific language to get a positive message out to a large number of people at once.

And a poster we used at an exhibition:

Carefully choosing the language in your marketing material can make a big difference to the success of the campaign.

How much time do you invest in thinking about the language you will use?

Would it be worth understanding a little more about how non-specific language and the Milton Model works?

What are your thoughts?

For more information on how NLP can help you in your work environment please contact us.