I was recently involved in the introduction of a long cultural change project with a client in Cornwall.

They are currently expanding and realise a need to work more effectively as a cross-shift/ Cross-departments team; recognising that the ‘silo’ approach to working which has been effective in the past will no longer meet their needs.

I spent a day with the Senior Management Team to help them articulate their vision for the future as the start of their cultural change project.  We used the Navigator process which has proved to be extremely effective in a wide range of organisations and started to plan how to communicate this vision to the rest of the team and gain their understanding and support.

We took the whole company off site for a day (actually two days because we wanted to simulate the problems of cross shift communications).

Dave Yallop – operations director introduced the day with the vision for the future and described what would be needed to help Polymermedics  achieve the vision of cultural change.

We spent the rest of the morning in a series of simple team tasks designed to get people from different teams/functions talking and working together – and competing. 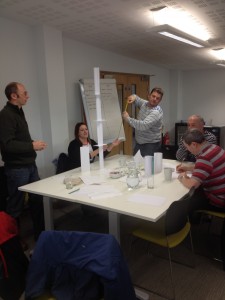 Following lunch we set the whole company a task.  They had to re-create the company logo in 3d using cardboard, tape, paint, tissue paper and various other simple materials.

The group on day one had to produce the first half of the logo – day two’s group then had to create the second half of the logo.  It had to be 1m high and 15cm deep and completed by 4pm.  That was the only brief the team had.  They had to decide how to complete the task, allocate roles, design the logo and work together as a whole team rather than compete.

Very quickly one person took the lead (he was a packing operative – not a supervisor or manager) and organised the whole project, keeping an eye on progress throughout the afternoon. 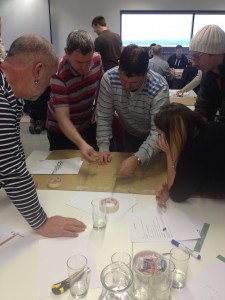 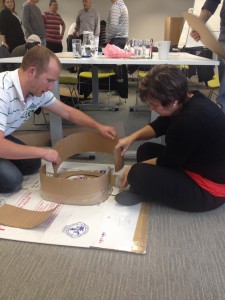 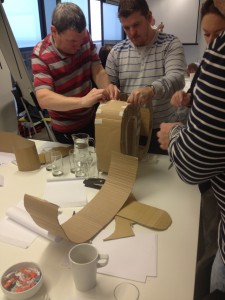 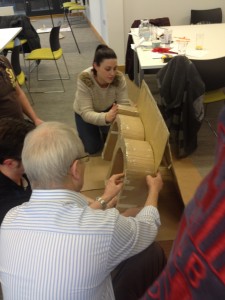 The team decided late in the day that two of them would come back the following day to brief the second shift to ensure consistency of approach.  The second group would not be able to see what group one had built before the end of the day. 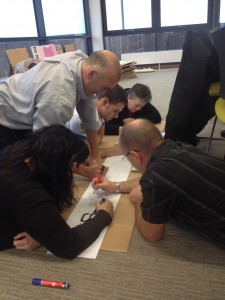 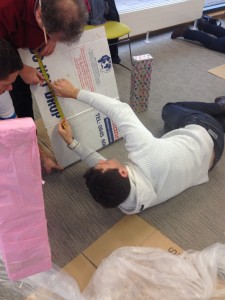 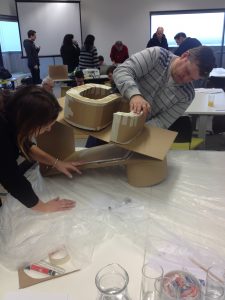 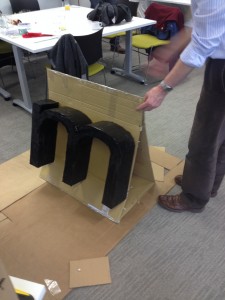 Effectively briefed, the second group completed their part of the logo on time and accurately. 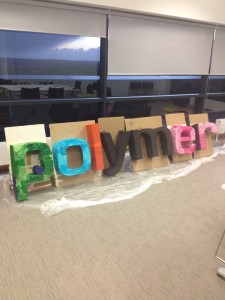 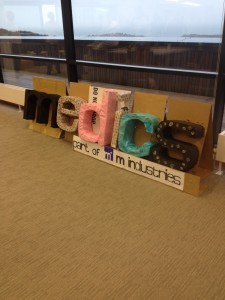 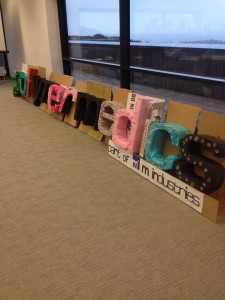 The workshop was a good metaphor for how the organisation is going to have to move from a culture of small, insular teams just focusing on their part of the process, to a more inclusive approach with everyone understanding their part in the big picture and being committed to success as a whole.

Following this extremely successful workshop starting the cultural change project, Polymermedics have introduced a mentoring programme for the Team Leaders, we are looking at developing a consistent approach to leadership across the organisation and we are already planning the next whole team event later in the summer to keep the momentum going.

Martin is a Director and co-founder of Evolution.  He is a certified NLP Master Trainer with a wealth of experience of working with organisations of all sizes and types across the UK.

f the clients was Event Cornwall, a Cornish Based Event Management company owned by Claire and Clare.  The other client was the Customer Service Team for South Hams