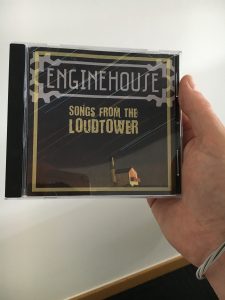 Be Careful what you Wish for – The Class of 53 story:

The story, as told by lots of consultants and coaches (and it appears in a huge number of books) , goes like this: In 1953, researchers surveyed Yale’s graduating seniors to determine how many of them had specific, written goals for their future. The answer: 3%. Twenty years later, researchers polled the surviving members of the Class of 1953 — and found that the 3% with goals had accumulated more personal financial wealth and success than the other 97% of the class combined!

The problem is – it never actually happened.  According to consultants debunking website www.fastcompany.com there is no evidence from the university or the class of ‘53 to support the story.  No one was involved in any research study looking at goal setting at any point.

But goal setting IS important.  By setting a goal, you are programming your brain to filter information you take in to help you notice things, people and opportunities  that will help you achieve the goal.

An example of this filtering is what I call ‘New Car Syndrome’.  Have you ever bought a car and suddenly seen lots of cars the same as yours?  This isn’t a conspiracy, the owners haven’t colluded and all gone out and bought the same car as you, they have always been there, you are just noticing them because you have decided at some level that the car is important to you.

You may call this a coincidence – but there’s no such thing as coincidence.

I introduce Well Formed Outcomes on my NLP Business Practitioner course with the caveat that, once you use this process – if it feels right at the end, you WILL achieve your goal, so be careful what you wish for and what goals you set for yourself.

Seven years ago I set myself a goal using this process.  In five years time, I was going to sing and play guitar in front of an audience at the St Agnes Hotel, in the village where I live.

The problem was – I couldn’t sing and I didn’t know how to play guitar.

I started guitar lessons and progressed well, until I realised that although I had a really good sense of rhythm, I was never going to be a fantastic, finger picking Bluegrass guitarist, or a string bending rock lead guitarist.  So I started playing Bass guitar.  The problem with the Bass is that it isn’t really a solo instrument.

I met up with a friend who I’d known for ages but didn’t know he was a drummer and we chatted and decided to get together and jam occasionally.

At my 50th birthday party we were talking to another couple of friends who, it turned out were guitar players and could sing.  We decided at that point that we would learn some songs, get together and mess about – just for the fun of it, no gigs, just for fun.

At our first jam, we finished our first song, looked at each other and said “when’s the first gig then?”

This was the 29th November 2011.  We played our first gig on New Year’s Eve, our first pub gig in the Driftwood Spars in January 2012 and have gone from strength to strength.

We played our first Gig in the St Agnes Hotel five years after I set my goal, and although I wasn’t singing – I was playing in front of an audience.

Since then, we have lost one member, changed our name,  supported one of my early heroes Steve Harley and Cockney Rebel and have just recorded our first album.

I had a well formed outcome which may not have come true exactly as I planned it, but it has worked wonderfully for me and I’ve achieved the right outcome.

If you’d like to try well formed outcomes for yourself, and achieve some amazing goals, try our free software – or if you’d like to understand more about how NLP can help you visit NLP