Like most people, I have been subjected to death by PowerPoint over the years, one memorable occasion was when a one hour Health and Safety presentation overran by 40 minutes and consisted of 75 slides with full of closely spaced text.

Don’t get me wrong, I love PowerPoint and use it a lot.  I grew up in the era of overhead projectors so anything that moved me on from flip frames and dusty lenses had to be a vast improvement.

The problem is, many presenters get sucked into the technology and end up hiding behind it.

So here are my top 10 tips to avoid sending people to sleep and making your presentation instantly forgettable.

Powerpoint is a great tool – but that is all it is.  It helps you to get your message across more effectively and should be the supporting medium, not the main feature.

The Myth of Money as a Motivator

Fiona Crump is a founding partner of evolution personal and Corporate Development Ltd. and is Director of Personal Development.  She is an NLP Master Practitioner and NLP Coach and has a huge amount of experience from working with a wide range of organisations across the UK.

Here she talks about ways to motivate your workforce.

Every time I pick up a newspaper or turn on the radio it seems that there is yet another item on bonuses where failing organisations are publicly castigated for paying large bonuses to their top employees.  This got me thinking about the efficacy of such bonuses and, more importantly, about what really motivates people to work harder.

However, research often shows that bonuses are actually counter-productive.

This topic was discussed on a recent BBC Radio 4 programme (All in the Mind, 16th May 2012) and reference was made to a number of studies conducted using children as subjects.   In one study children were sent out to collect money for charity, they were motivated to do well by the fact that it feels good to do something to help other people.

Some of the children were told that they could keep 1% of the money they collected.  It might be expected that adding extrinsic motivation to the pre-existing intrinsic motivation would make them even more motivated but unfortunately the opposite is true:  Adding personal gain (money) to the equation diminished the sense of selflessly doing good and these children actually collected around 37% less money than those children who were not paid.  Increasing the amount of money mitigated this effect to some extent but paid participants still collected less money than their unpaid counterparts.

Back in the adult world this could provide evidence for paying ever- higher bonuses in recompense, almost, for the loss of intrinsic factors such as feeling good about the work itself.  The problem with this approach is that research also shows us that a certain type of person (typically male, less trusting, higher risk taker) is attracted to a job which provides financial reward for performance.  This does not necessarily lead to the best working practices.

One of the factors which is known to work on motivation is fairness – people who believe that they are fairly rewarded (by pay, conditions, recognition etc) tend to be motivated to perform well.  High bonuses at the top of an organisation are often perceived as unfair by those at the bottom of the organisational structure and so serve to de-motivate the larger part of the workforce, making it very difficult for directors to achieve their objectives and therefore their bonuses.  When bonuses are paid anyway – despite the poor performance of the organisation – it is difficult to see why a manager should care about performance in the rest of the business.

The belief that money is a great motivator is a pervasive one.  When I am engaged in Leadership training it amazes me that managers know nothing about motivational theory.  I am often told that teams are de-motivated or that morale is low but managers (particularly middle managers) tell me that they can do nothing about it because they don’t have any power over pay decisions or bonuses.  They feel helpless because they believe the money myth.

So how can you motivate your workforce?

There are many, many theories of motivation which can realistically be applied to the workplace but one of the most powerful is based on the work of Hertzberg.

Hertzberg found that certain factors will act to de-motivate people (e.g. poor working conditions, a lack of job security, badly constructed policies and procedures) but that removing these factors is not enough to motivate them – addressing these problems serves only to put people in a neutral state – neither satisfied nor dis-satisfied.  Money is one of these factors, unfairly low pay will act as a de-motivator but, whilst increasing pay will stop someone from being de-motivated, it won’t have a significant impact on their productivity on a daily basis.

It takes a completely separate set of factors to truly motivate a workforce.  The most important of these are: achievement, recognition, intrinsic interest in the work, responsibility, and advancement.  As a manager it is really quite simple to apply this theory to your team:

Achievement                     Set clear, unambiguous objectives and agree them with your employees.  These objectives should be realistically achievable (no-one is motivated by the impossible) but also stretching and challenging so that the sense of achievement is genuine.

Recognition                        Acknowledge a job well done, praise people, thank them for their hard work.  When things go wrong recognise what went right and people will want to come back tomorrow to fix the rest of the problem.  Show that you value every member of your team for the contribution he/she makes especially if he/she doesn’t have the most glamorous or exciting of roles.

Interest                                Make every job as interesting as possible.  Ensure that people have the opportunity to learn new skills.  Add variety by multi-skilling (this also pays dividends when someone is absent as you will always have trained cover).

Advancement                   Develop a succession plan and ensure that people develop the skills needed so that, when an opportunity arises, they will be suitable for promotion.  Promotion from within cuts down on recruitment costs, reduces the time lost when someone is settling into a new role and offers hope of advancement to the rest of the workforce – it is a real win win.

In a small business there may be limited opportunities for advancement and you may need to accept that you are developing someone to leave your business.  This is still a good move because it’s better to have a capable, motivated employee for two years than a de-motivated one for 5 years.  Plus, if you have successfully developed your succession plan, you will have a home grown replacement ready to take over.

In the current climate most SMEs don’t have the financial resources to offer big pay rises or bonuses and may even be in the difficult position of laying people off.

This doesn’t mean that they need to have a miserable workforce – with a few simple steps it is entirely possible to have a happy motivated team who are more than capable of delivering great performance with a smile on their faces too. 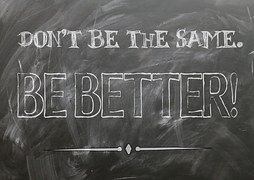 Need help finding other, non-financial ways to improve performance in your business?  Contact evolution to arrange a discussion – initial consultations are always free of charge.